Governance at a Glance

Mr. Geygan was appointed to our Board of Directors in February 2018. He is President and CEO of Global Value Investment Corp., an investment research and advisory services firm he founded in 2007. Prior to founding Global Value Investment Corp., Mr. Geygan served as a Senior Portfolio Manager at UBS Financial Services, Inc. He has over 30 years of experience in the finance industry and is an expert in financial statement analysis. Mr. Geygan has taught undergraduate and graduate-level courses at IE University in Madrid, Spain, the University of Wisconsin – Milwaukee Lubar School of Business, and the College of Charleston. He also serves on the Advisory Board of the University of Wisconsin – Madison Department of Economics, and on the Board of Service Heat Treat Corporation, a Milwaukee, WI based industrial business.

Ms. Kurty was appointed to the Board in December 2015 and is the Chair of the Audit Committee. She is currently a principal with Lumina Partners and brings three decades of broad-based leadership in financial strategy, operations, controls, treasury, investment management, mergers and acquisitions, human resources and facilities management. Ms. Kurty is a C.P.A. and previously held the positions of Vice President of Finance of Sutherland Global Services, Chief Financial Officer of IEC Electronics, Vice President and Corporate Controller of Goulds Pumps, as well as Senior Audit Manager at PricewaterhouseCoopers. Ms. Kurty is also currently a member of the Board and Chair of the Audit Committee of the University of Rochester Medical Center. 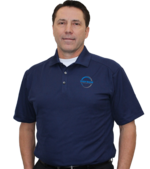 Dale Foster joins Wayside Technology Group with over 20 years of industry and channel experience. Prior to joining our company, Mr. Foster was with Promark Technology since 1988 and served as President since 1997. Mr. Foster held various sales and product manager positions leading up to 1997 and was responsible for the strategic direction of the company along with overseeing Promark’s national sales force. With the acquisition of Promark by Ingram Micro in 2012, Mr. Foster became Executive Director and General Manager overseeing the growth strategies of the Promark emerging vendor division.

Mr. McCarthy was appointed to the Board in June 2019 and is the Chair of the Compensation Committee. He has extensive experience in leading successful organizations, with a particular focus in the technology industry. He currently serves as President and Chief Executive Officer of Mainline Information Systems, a nationally recognized technology solution provider he joined in April 2009. Previously, Mr. McCarthy served in executive management positions with EMC, StorageApps, CNT, MCData and Virtual Iron. Mr. McCarthy is currently a member of the Board of Directors for Nasuni Corporation, a member of the Operating Board for Stripes Group, and a member of the Board of Trustees for Providence College.

Mr. Bryant was appointed to the Board in July 2019 and is the Chair of the Nominating and Corporate Governance Committee. He has extensive executive-level experience in the technology distribution industry, focusing on value-added distribution of electronic components and computer products globally. From April 2008 to May 2016, Mr. Bryant held executive management positions with Arrow Electronics, Inc., a publicly traded global provider of products, services, and solutions to users of electronic components and enterprise computing solutions, that included serving as Chief Operating Officer from May 2014 to May 2016. Prior to that, Mr. Bryant served in a series of executive-level sales, marketing and operational roles with Avnet, Inc.

Mr. Crane was appointed to the board in December 2019 and is the Chair of the Risk and Security Committee. He has extensive senior executive experience in technology distribution, manufacturing, and consumer electronic products. From 2011 to 2019, he served as Executive Vice President, Chief Financial Officer for Nexeo Solutions, the third largest chemical and plastics distributor in the world with $4B in annual revenue. From 2008 to 2011, Mr. Crane served as Chief Financial Officer for Belkin International, a large manufacturer of consumer electronic products and accessories. He also served in a variety of senior finance and operational roles with Ingram Micro Inc. from 2005 to 2008 and Avnet Inc. from 1994 to 2005.

Ms. DiBattiste was appointed to the Board in June 2020. She has extensive executive experience in IT, advanced data analytics, risk management, compliance, and security. Previously, Ms. DiBattiste held senior executive roles at multiple public companies, including Comscore, Inc., Education Management Corporation, Geeknet, Inc., Reed Elsevier, Inc., and ChoicePoint Inc. Ms. DiBattiste also had a distinguished and highly decorated military and public service career. In 1999, she was appointed by the President of the United States as the Under Secretary of the U.S. Air Force, becoming the first woman with both enlisted and officer experience to ever hold the second highest ranking civilian position in the Air Force. She also held senior executive positions at the Departments of Justice, Homeland Security, and Veterans Affairs.